While coachbuilt cars from the 20th century are a common sight at Classic Driver, we rarely cover contemporary tuning cars from the stance, drift or lowrider scene. Then our friends from Rennmeister asked us to join them at Ultrace, the leading custom car convention – and everything changed. 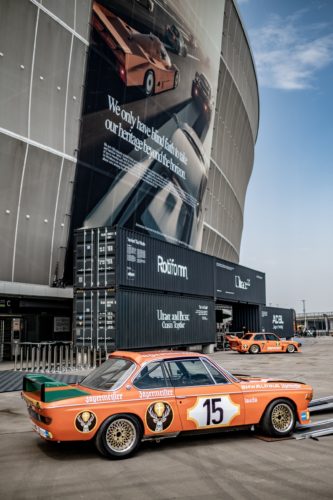 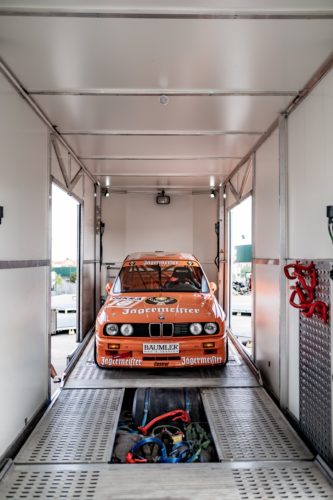 We realise we are not normally associated with mumble rap, Vetements tracksuits, Gucci flip-flops worn with white socks and tattoos covering… well just about everything, but when the invitation from Rennmeister – the Instagram brand created by our creative consultancy CD Works for Jägermeister – came in the mail, asking us to go to Wrocław, Poland to cover a concours event for lowered cars, we became slightly curious, if a little worried – would we be able to fit in? 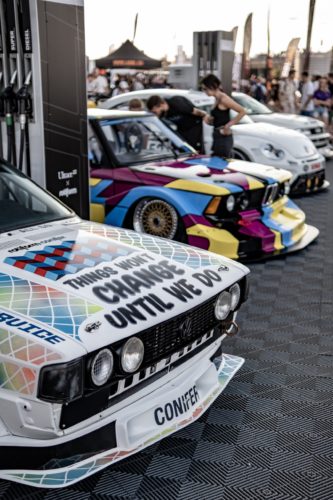 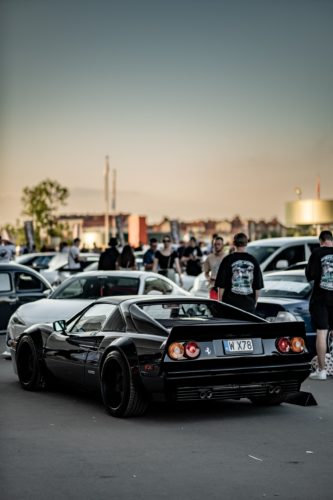 Then more information came in. To celebrate the joint 50th anniversaries of Jägermeister Racing and BMW M, the Rennmeister project was bringing three very special BMW’s to the event. Among them, the 3.3 CSL E9 that was driven by Niki Lauda, still bearing his signature on the small roof spoiler as it was the last race car he drove before he died. This particular car, back in the day, was also raced by other legends like Jacky Ickx, James Hunt and Derek Bell. This was complemented by an equally orange BMW M3 Sport Evolution DTM, driven by Armin Hahne and Prince Leopold von Bayern, and last but not least, one of our favourite cars from the collection, the brutish E21 320 Group 5 monster, which should be familiar to regular Classic Driver readers. 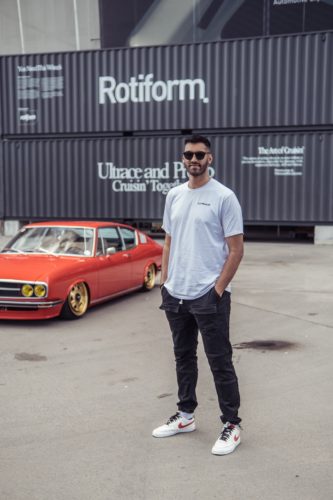 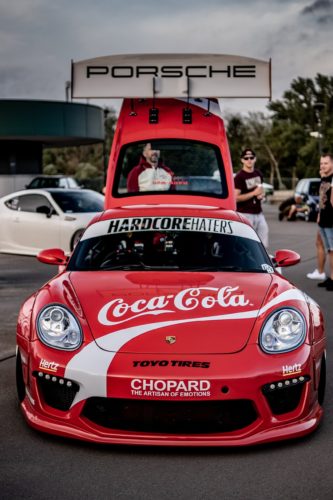 Time passed and we inspected closer. A concours event for 1000 cars, all custom built by their owners from countries ranging from the USA, through Switzerland, Germany, France, Japan, to the UK and Azerbaijan? All machines judged by an international jury of specialists, like the creators and founders of Rotiform, Hoonigan, and the Players Show in the UK, as well as some Instagram celebs like drifter Schaefchen? A limited edition of apparel created by legendary Polish clothing brand Prosto? Add to that the stunning promotional artwork created by The KYZA for the event and some crazy drifting with as many as 8 cars sliding simultaneously around the small parking lot track with the almost studio-like background of the Wrocław stadium, and you have the Ultrace recipe nailed down to tee. 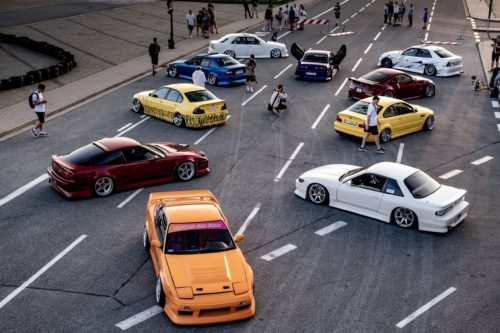 Then we learned that Chrome Cars were also bringing their “Black and Gold” collection of John Player Special liveried racing cars. Machines driven to victory by men such as Nigel Mansell, Ronnie Peterson etc. Lotus F1 and LMP2 cars, as well as the quirky but lovely, one of a kind JPS Sinclair C5. One phone call to the organisers later and we were heading over to spend the weekend in Poland. 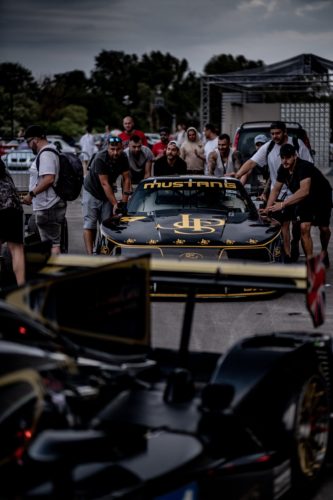 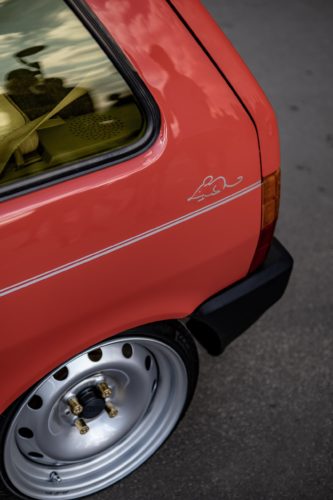 What we saw and heard blew us away. The mix of imaginative designs, precision engineering, and the sheer flamboyance of some of the builds was out of this world. Some of our favourites? An outlawed, black-on-black Ferrari 328 GTB created by Dakar driver and drifter Jakub Przygoński. A very interesting Fiat Uno with yellow windows and a cactus holder inside, lowered to the very ground of course, hailing from Italy. A subtly-modified Lancia Delta Integrale, and a not-so-subtly-lowered Honda NSX. The always striking RWB/RAUH-Welt BEGRIFF Porsche, a collaboration between Nakai-san and Polish company, Carbone, who did the interior. Topping it all off were some extravagant Japanese luxury sedans (like the Lexus LS or Toyota Century) with custom-made wooden holders for crystal glasses, Nikka or Suntory whisky, and custom made cushions for added comfort, a style known as VIP builds. We also developed a soft spot for the current-generation VW Touareg, but only if all the body panels are painted in a way that mirrors the original 1994 Harlequin Polo. 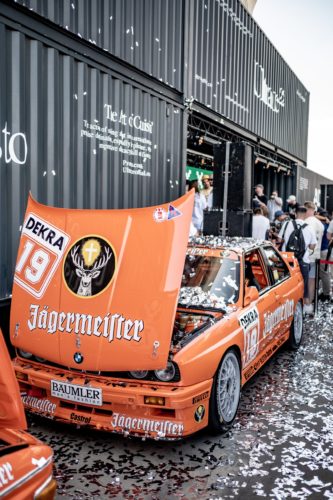 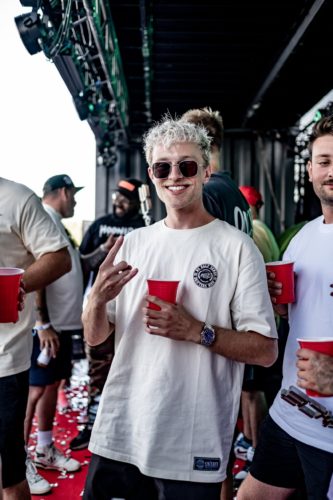 The overall winner turned out to be a six-door Mercedes Benz Pullman, built by a community of enthusiasts as a group project. More importantly it proved that, as we were told, to win at Ultrace you don’t necessarily have to have the biggest budget or most expensive model as a base. You just need to have taste, skills, and passion.

This point brings us to the philosophical importance of such events. However you feel about stanced cars or the tuning scene in general, they are (apart from the restomod royalty and a few key companies upholding their heritage as coach builders) as close as the modern car world comes to the concept of bespoke tailoring of exterior and interior elements. We think a few classic car concours events in the world could learn a thing or two from the stance crowd about attention to detail and cleanliness. 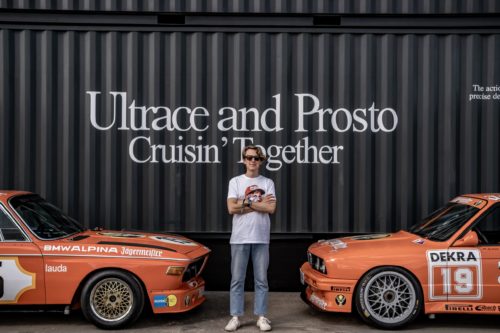 More importantly, however, this is an event that feels totally at home in central-eastern Europe. A place where traditions of collecting and racing cars were abruptly severed by a 45 year period of stalinist communism. It definitely feels less artificial and contrived than many classic car concours events from this neck of the woods, which try to recreate an atmosphere of an era that was never part of their history. Apart from the wonderfully friendly atmosphere and sheer enthusiasm for anything with four wheels, we fell in love with Ultrace because it plays to the strengths of the local scene, instead of highlighting its weaknesses. And this is precisely the reason why we will be back next year.

Photos by Błażej Żuławski
The original article was published on classicdriver.com